Abstract Researchers at the University of Tsukuba in Japan used computer calculations to design a new type of carbon-based material that is harder than diamond. The inventor called it "pentadiamond". (Univ...

Researchers at the University of Tsukuba in Japan used computer calculations to design a new type of carbon-based material that is harder than diamond. The inventor called it "pentadiamond". 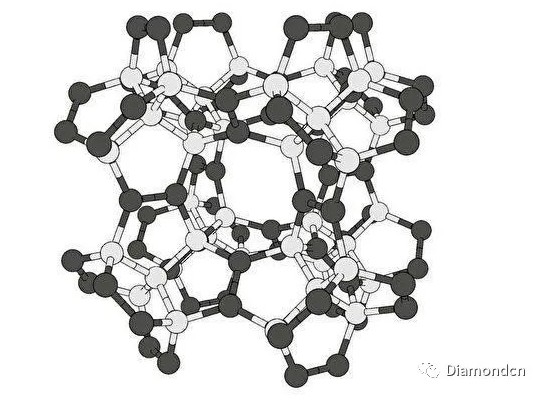 For a long time, people believed that diamond was the hardest material. Carbon atoms form a variety of allotropes, including graphite and carbon nanotubes. The mechanical properties of various materials, including hardness, mainly depend on the way the internal atoms are bound.

Researchers at the University of Tsukuba explored the complex structure of these two hybrid structures. "Due to the large number of combinations and arrangements in the network, carbon materials with both sp2 and sp3 mixed atoms have a wider range of forms." said Yasumaru Fujii, the first author of the study.

Chemistry and solid-state physics widely use density functional theory to predict the structure and properties of materials. However, it is often difficult to track the quantum state of all electrons in a sample, especially the interaction between them. Density functional theory uses approximate simulations to focus on the final density of electrons orbiting atoms in orbital space. This simplifies the calculation, making it both accurate and a task that the computer can complete.

The researchers calculated that the hardness of the "pentagonal diamond" is 1.4 times that of ordinary diamonds.

Co-researcher Mina Maruyama said: "Pentagonal diamonds are harder than ordinary diamonds, but their density is much lower, which is similar to graphite."

Researchers say this invention demonstrates the power of using computers to design materials from scratch.

In addition to applications in industrial cutting, the researchers claim that this material can also be used for diamond anvils. This device uses two diamond planes to squeeze each other to generate extremely high pressure and simulate extreme conditions for research.

✔Contact us, you will get more than what you see.-All diamond tools can be ordered and fabricated!