In order to prevent the further spread of the coronavirus, various countries have adopted blockade measures to varying degrees to bring economic activity to a standstill. IMF chief economist Gita Gopinath predicts that between 2020 and 2021, the cumulative loss of global GDP due to coronaviruses will be about $ 9 trillion, exceeding the combined Japanese and German economies.

"This is a real global crisis, and no country is immune." Gopinas said at the beginning of the month.

Many economists have warned that global embargo measures will accelerate unemployment, and unemployment figures in some economies have shown this. 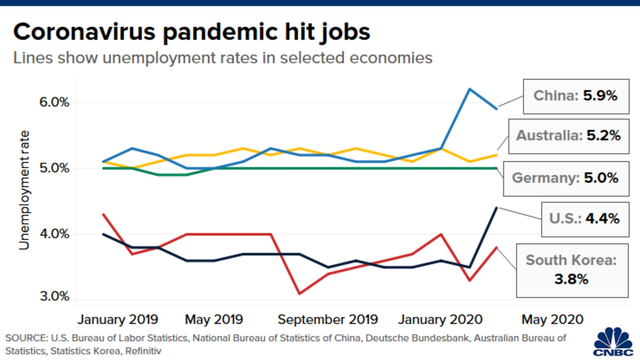 As the world ’s largest economy, the United States has lost more than 26 million jobs in the past five weeks. According to data from the US Department of Labor, the unemployment rate in the US in March was 4.4%, the highest level since August 2017.

Outside the United States, unemployment rates in Australia and South Korea have also increased, and some economists have warned that the situation may become worse.

For many countries, the service industry is the main source of economic growth and employment, including the United States and China, the world ’s two largest economies and consumer markets. Both countries ’retail sales have fallen sharply.

The lock-in measures taken during the epidemic forced many stores to close and consumers to stay at home. The surge in online sales reported by retailers such as Amazon failed to stop the overall decline in total retail sales. 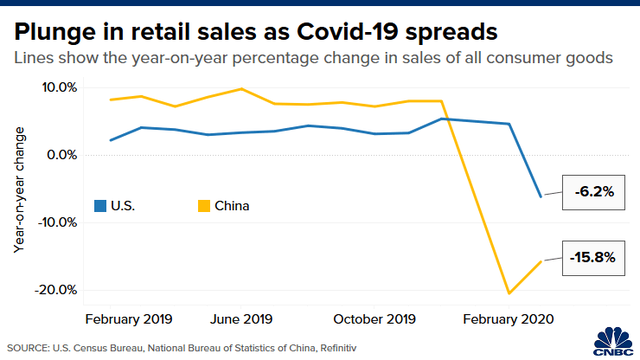 Economists warn that even if the locking measures are lifted, consumer spending will be difficult to recover. Analysts at the Oxford Economics said the “slow improvement” of China ’s retail industry has proved this after China allowed companies to gradually reopen.

Their report wrote: "The slow improvement in household spending supports our view that, globally, once the restrictions are lifted, consumers are unlikely to return to the mall immediately." 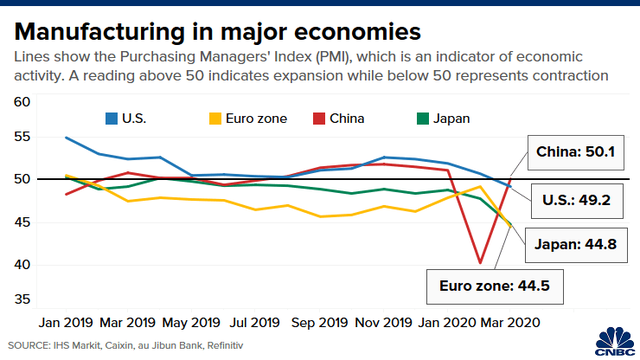 Most importantly, the decline in commodity demand has exacerbated the challenges facing manufacturers. Over the past month, factories in the United States, Europe, and Asia have all reported significant declines in production. 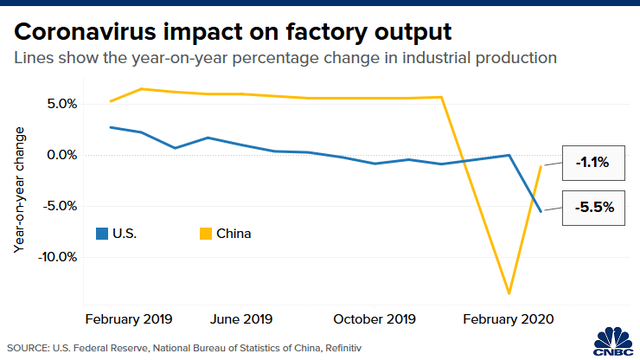 Another bad year of trade

Global trade has slowed down in 2019 and is expected to be further dragged down this year. 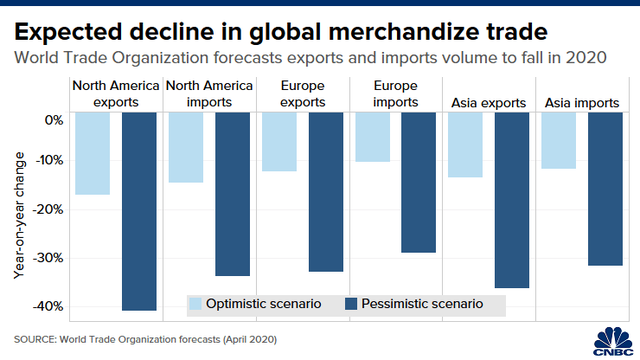 The World Trade Organization (WTO) said in this month ’s latest forecast that global trade volume may fall by 12.9% to 31.9% this year, depending on the development trajectory of the global economy.

The WTO said: "In both cases, imports and exports in all regions will show a double-digit decline in 2020."

The global economy will shrink in 2020

The impact of coronaviruses on economic activity has led many institutions to sharply lower their forecasts for the global economy this year.

The IMF expects the global economy to shrink by 3% this year. The IMF said it expects only a few economies (such as China and India) to achieve growth in 2020.

Although the IMF predicts that economic growth will rebound by 5.8% next year, it said that the recovery is "partial, because the level of economic activity is still expected to be lower than our forecast for the 2021 economy before the outbreak."

✔Contact us, you will get more than what you see.-All diamond tools can be ordered and fabricated!