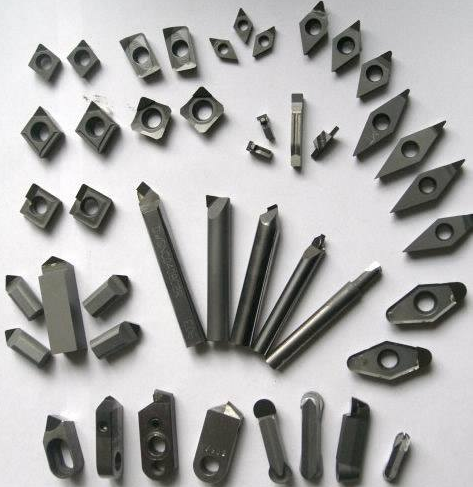 From 2018 to the third quarter of this year, the Sino-US trade friction initiated by the US government has spanned more than two years. During this period, bilateral trade frictions, especially the “anti-dumping and countervailing” imposed by the US on China, and 301 and other unfair investigations, a wave of unrest, a wave of ups and downs, more and more intense. At present, both the size of the trade war and the types of goods involved are further expanding and warming. In order to counter the US misconduct that violates the rules of the WTO, China has adopted a series of corresponding countermeasures and achieved phased results. Now there have been 13 rounds of consultations and negotiations on Sino-US trade disputes. From the current process of negotiation between the two sides, there are signs of easing. In September, both China and the United States have listed the exclusion list for tariff increases, and continue to transform in a good direction. Throughout the overall situation, Sino-US trade friction has had many adverse effects on the foreign trade of Danyang superhard materials tools, from the initiation to the present. The analysis of industrial operation and fair trade early warning in the third quarter is as follows:

In the third quarter, from the actual export data reflected by the customs, the foreign trade supply of super-hard materials in Danyang City showed a significant downward trend, and the decline was deepening. As of the end of September, the whole industry achieved import and export of 182.396 million US dollars, compared with last year. During the same period, it decreased by 8.57 million US dollars, with a drop of 4.5%. Among them, the customs code 8207 drilling tools completed exports of 10.7316 million US dollars, an increase of 0.6%; the customs code 8202 natural synthetic diamond, cubic boron nitride completed exports of 38.751 million US dollars, an increase over the same period last year. US$344,000, an increase of 0.9%; customs code 8202 circular saw blades and components completed exports of US$21.051 million, a decrease of US$6.913 million compared with the same period of last year, a decrease of 24.7%, a large drop; circular saw blade exports with steel working parts US$15.508 million, a slight decrease from the same period last year, a decrease of 4.9%. The flatness and decline of the above four export commodities have fully demonstrated that the difficulty of restricting the development of the industry due to the impact of the Sino-US trade war is increasing. When this situation changes, it is all based on the rational judgment and correct decision of the US government. The US trade has entered a benign development track. Nowadays, both the traders and the manufacturing industry have repeatedly voiced the government's violations of international trade rules. They have asked the government to take a long-term view, focus on the future, expand cooperation, and increase the proportion. At present, the leading enterprises in Danyang City, such as: Fengtai, Youhe, Huachang, and the slow growth of gold elements are also the fundamental factors leading to the downturn of the industry.

Second, the price of raw materials for superhard materials is relatively stable

It can be said that the stability of raw materials in the first three quarters of this year has reduced the production cost of tool enterprises. Since the second half of last year, the export tax rebate for super-hard materials in Danyang has increased from 9% to 13%, and export tax rebates have been 4 points. The benefits have also made tool companies profitable. In particular, it is worth mentioning that the special report on “Improving the Export Tax Rebate Ratio” written by the 2018 Chamber of Commerce in the national tax administration survey was accepted by Nanjing Customs and submitted to the State General Administration of Customs and the State Council Taxation Committee for export promotion. After the tax rebate rate is based on it, the export tax rebate for superhard materials tools in the country is not divided into regions and unified standards, which has formed a strong support for the development of the whole industry and produced positive results.

Third, the pace of adjustment of overseas export markets of enterprises has obviously accelerated

The first three quarters of this year is the fastest-adjusted year for the export market of ultra-hard materials and other industries in Danyang. According to customs statistics, in the first nine months of this year, the export of our products to the US was 650 million US dollars, down 27.4% from the same period of last year. Is the lowest year of trade with the United States in the previous decade; exports to Europe reached 475 million US dollars, down 2.1%, with little decline; exports to Japan 240 million US dollars, down 16.4%; exports to Russia 0.17 billion, down 16.9% The most serious exports to Canada and New Zealand fell to US$40 million and US$0.05 billion, respectively, a straight drop of 127% and 87.1%, which were the hardest hit areas for foreign trade. Corresponding to these exporting countries, the emerging markets with faster export growth are Africa, Latin America, Canada, and Australia, respectively, reaching US$54 million, US$160 million, US$40 million, and US$24 million. This significant change is fully explained. The export commodity external demand market in our city is changing, and the region is adjusting, especially in some developing emerging markets, which are quietly emerging and growing.

1. Correctly judge the trend and firmly grasp the new features of Sino-US trade. For the new situation and new features emerging in the new round of trade friction negotiations and negotiations between China and the United States, we must take the initiative to grasp the situation, analyze and conduct in-depth visits to enterprises, understand the facts, prepare for the possible new changes, and make arrangements early. In particular, it conducts in-depth analysis of the newly proposed origin of origins in countries such as Vietnam, effectively guides enterprises to cope with calmly, and continuously improves their ability to avoid risks, so as to help reduce blind investment and repeat the consequences and damages.

2. Invite lawyers from Beijing Sega Law Firm to conduct case analysis and on-site training for Danyang-related enterprises, and strive to promote Tiangong Group's three successful experiences and practices, and comprehensively promote the ability of enterprises involved in the lawsuit to fight against the law, and continuously increase the speed of enterprises. The confidence of development helps the enterprises involved to get out of the confusion, consciously participate in market competition, and constantly explore emerging markets.

3. Organizing and guiding tools Enterprises continue to explore emerging markets, and conduct overall evaluations of well-known exhibitions such as Shanghai Cologne Hardware Exhibition, 33rd Hardware Tools Expo, Shandong Linyi Hardware Tools Exhibition, Canton Fair, etc., to quickly grasp the changes of merchants and internal factors and market rules, especially Propose reasonable planning and scientific arrangement for the layout of the external demand market involved in enterprise development in 2020, so as to comprehensively improve and expand the market share of enterprises in the international market.

4. Pay more attention to innovation, take the road of high-quality development, and mobilize tool enterprises to implement the three-product strategy, that is, innovation in brand, quality and variety, and fully lead enterprises to make new efforts in intelligence, automation, networking and standardization. In short, we will use the tangible measures and actions to comprehensively promote the development of the industry and make further efforts.