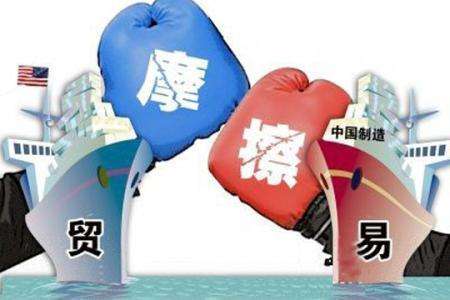 China central television (CCTV) reported on October 22 that the us department of commerce (mofcom) has announced that it will start the procedure of excluding the products on China's $300 billion tariff list from October 31.Since October 31 2019 solstice on January 31, 2020, U.S. interests shall be to the United States trade representative (USTR) apply for out office, you need to provide information including relevant product alternative, whether to impose anti-dumping duties, is strategically important or with made in China 2025 and other related industrial policy, etc.If the exclusion application is approved, duties already imposed since September 1, 2019 can be refunded retroactively.(CCTV news)

Beijing, Oct. 22 (xinhua) -- a new round of high-level economic and trade talks between China and the United States has concluded in Washington.

Haili Turk, an economics professor at the Stuart school of business at the Illinois institute of technology in the us, thinks it is a good sign that China and the us agree on some issues.The result shows that negotiation is the only way to solve the problem. We look forward to a comprehensive agreement between China and the United States.

Diya feki, President of the egyptian-chinese chamber of commerce, believes that progress has been made in the new round of china-us high-level economic and trade consultations.During the consultations, China has always insisted on resolving differences through dialogue and cooperation, which is one reason why the two sides have achieved initial results without making matters worse.At the same time, the United States recognizes that a trade war with China is not good for the United States or the world economy.

Germany's handelsblatt newspaper reported that the U.S. and China are signaling a reluctance to further escalate trade frictions, which is good news for financial markets, investors, consumers, farmers and businesses.

Abdurrahman al-najjar, vice President of sark holding group, a well-known qatari company, said that China and the United States are highly complementary in many areas. Cooperation between the two countries will make up for each other's weaknesses and create a win-win situation.

Li tianrong, columnist of Philippine star, believes that China and the United States are the world's two largest economies and constructive solutions to economic and trade frictions will have a positive impact on both countries and the global economy.Resolving economic and trade frictions will not only promote the development of world trade, but also inject new vitality into world economic growth.

Yu bin, President of the Houston Asian chamber of commerce, said good news from the latest round of high-level economic and trade consultations between the us and China had boosted local business confidence.

However, some experts also pointed out that China and the United States need to make further efforts to reach a comprehensive agreement.Vittorio corvo, former governor of Chile's central bank, welcomed the progress in economic and trade talks between China and the United States, but cautioned that a real solution was still far away.Flavio serrano, an economist at haitong investment bank in Brazil, also said he could not rule out ups and downs in future negotiations.